The Life of Agnes Bernelle - An Overview

Agnes Elizabeth Bernauer was born 7 March 1923, the child of Rudolph Bernauer, a Jewish Hungarian, and his second, Protestant wife.

She and her father fled from Berlin in 1936 to the United Kingdom, her mother later making a dramatic escape from Berlin after the SS had put pressure on her to work for them. There, Agnes spent 3 years at school; once the war came she found a niche with the Freier Deutscher Kulturbund (Free German League of Culture), a refugee organisation where her senior colleagues included the artist John Heartfield.

In 1938 Bernelle was the OSS wartime ‘Black Propaganda’ radio announcer code named ‘Vicki’ famous for demoralizing a German U-Boat Captain into surrendering with one of her targeted broadcasts.

Romantically, she was pursued by men as diverse as King Farouk and Claus Von Bulow. A whirlwind romance with spitfire pilot Desmond Leslie led to a security ‘flap’ when he penetrated the OSS secret operational HQ. Desmond had tailed Agi, convinced he was being two-timed. Desmond swept aside family objections to marrying a Hungarian by pointing out the Leslie descent from Attila the Hun. Film footage of their wedding on the first day of peace (VJ Day) shows Churchill and the King waving from Buckingham Palace whilst church bells toll and delirious Londoners dance in the streets.

Agnes balanced motherhood and her life in the theatre, gradually becoming better known as a singer; she was one of the early performers at Peter Cook’s night- club The Establishment, and in 1963 presented her first one-woman show there, in which she sang songs by Brecht and other writers of the 1920’s. At the time she was expecting her third child, so she and Desmond moved to Glaslough, where she ran Ireland’s first discotheque in the Hunting Lodge, as well as a cottage industry of her ‘couture’ crochet designs. Her home, Castle Leslie was shared by three siblings, with long visits from their father.

After the break-up of her marriage in 1969 she moved to Dublin, where she would record her first album ‘Bernelle on Brecht and…’ which was released in 1977.

In 1978, she appeared Off Broadway in New York City in the American premiere of Brecht’s ‘Downfall of the Egotist Johann Fatzer‘, in which she sang original ballads sung composed by Tony Award-winning composer/arranger, Bruce Coughlin.

After moving to Dublin and meeting the architectural historian Maurice Craig she was able to use her personality and experience to help and encourage others as director, performer or confidante. She threw herself into many causes close to her heart, some, such as women in media, with wider concerns than theatre.

1985 she released her second album ‘Father’s Lying Dead on the Ironing Board’ which was voted the strangest LP of the year by the New Musical Express. This was followed in 1990 by her last release, ‘Mother,The Wardrobe is full of Infantrymen’. The Fun Palace, her autobiography, was published in 1995.

She was told she had six months to live, but she refused to pay any attention to this. However, by the time she played her last role, a dying woman in a film called ‘Still Life‘, which was shown for the first time in March 1999, she knew she was indeed dying; characteristically she did not tell her fellow actors.

She died 15 February 1999. The funeral was a great Rock’n’Roll event with performances by Gavin Friday, Mary Coughlan and others; the church choir sang ‘Mac the Knife’.

In the London Independent obituary, David Alexander says of her: “anyone who ever met her could not fail to be impressed by her courage, energy and dedication, qualities which she showed all her life; it was these qualities which enabled her to make the transition from a comfortable and highly cultured upbringing in Berlin to a new life in Ireland, where she created a special place for herself in artistic Dublin.”

Agnes and crocheting. The facts.

Somewhere on the internet it says Agnes was a ‘crochet artist extrodinaire’ and this site has been part of proliferating this mis-information.

Agnes was in fact keen on knit wear, more than crocheting, and set up a company called Castle Shane Knit Wear which specialised in giant crochet capes and skirts. She had many local women involved in doing the knitting and, it seems, sold in a shop named ‘Ambush’, on Grafton Street in Dublin, that she was briefly involved with. One of the young lady’s that modeled for her catalog was a young Mary Robinson – who became President of Ireland.

Agnes Bernelle’s death on February 15 1999 brought an unlikely crowd into the church in Sandymount. The aides-de-camp of the Taoiseach and the President, Ruari Quinn TD and Senator David Norris were among an assortment of musicians, theatre folk, actors, socialites, academics and writers.

Mary Coughlan sang ‘Non, Je ne Regrette Rien’ and Gavin Friday sang the blood-curdling ballad ‘Mac the Knife’. Even the local supermarket workers came in their uniforms to say goodbye to the beautiful, captivating 75-year-old lady from Berlin, who dressed in black with flickering diamantes and a feather boa.

She had come a long way to Dublin, where she was best known as a singer. She brought cabaret to the capital in its pure, Brechtian form, of telling stories with black humour, stripped emotion and political urgency. She recorded with artists as well-known as Tom Waits and Elvis Costello. Marianne Faithfull was her close friend, and Marc Almond, Gavin Friday and Guggi were her protegees.

She was also an actress, social activist and creative director of the Project Arts Centre. CoisCeim dance theatre opens ‘Agnes’ at the Project, a performance inspired by her songs in two weeks.

‘Bernelle’ was her stage name, echoing the roots of cabaret in 19th century Montmartre. She was born Agnes Bernauer in Berlin on March 7 1923 and brought up in a privileged theatrical milieu. Her father was Rudolf Bernauer, a Jewish Hungarian impresario and satirical songwriter. Bernelle wrote “he brought me up to be a gentleman”, making her a “born feminist”. Her first film role was as a boy, aged seven, and as a child she composed verse and helped her father program the ‘talkies’ in his theatres.

Remembering his friend ‘Aggie’, the lighting designer John Comiskey says: “When you lose everything you gain a clearer view of what is really important”.

Growing up in Weimar Germany, Bernelle was driven to her Jewish Montessori school in a limousine. By age 13 her family were made stateless by the Nazis and had to flee. Many of her relatives and friends were sent to the death camps, but Agnes and her parents made it to London. They settled into the German refugee cabaret scene, joining the war effort through song and, in Agnes’s case, subterfuge when she became an American intelligence agent.

Bernelle was aware of her terrific beauty. She was talent-spotted reciting Rudyard Kipling’s ‘If’ for the Citizen’s Advice Bureau, which she claimed was down to her “sensational mauve lips and fingernails”. Big lips came in handy again as a secret broadcaster of black propaganda, working for the OSS, the forerunners of the CIA, on the Enigma project – a hoax radio station.

Under the pseudonym Vicky, 20-year-old Bernelle sent coded messages to the Allied troops and passed on misinformation to confuse and lower the morale of German forces. Her broadcasts began with the sugary announcement, “This is Vicky with three kisses for you”, followed by three kisses, and caused havoc.

After this exhilarating stint she looked for work with the BBC, who informed her that her voice was “entirely unsuited to broadcasting”.

She was an underground performer for much of her life. As a theatre actress she could claim to be the first nude Salome on the West End stage, but as a film actress she played only bit parts.

The songs of her youth returned to her and she came to describe herself as a “keeper of the flame” of Weimar figures Bertolt Brecht and Kurt Weill.

Marriage got in the way of two offers from Hollywood, though she looked on the bright side. “Knowing the kind of person I am I feel that I might have easily fallen by the wayside”, she wrote in her 1996 memoir, ‘The Fun Palace’. 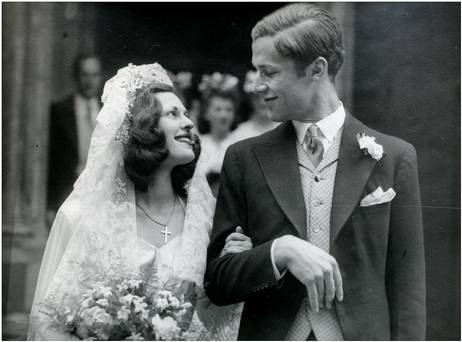 She met Desmond Leslie at the buffet counter of a society party in Mayfair when he was a spitfire pilot in the RAF.

Leslie, a writer and sometime sound engineer, was on sound but had forgotten the speakers, so her voice was inaudible. The critics panned it, among them BBC’s Bernard Levin in the ‘Evening Standard’. Leslie took the opportunity to walk onto his Saturday night programme, ‘That Was the Week That Was’ and punch him in the jaw.

The couple had an embattled open relationship for 24 years, Leslie moving to Ireland with their two boys Sean and Marc in 1963. When Agnes followed by boat in early 1964 with newborn Antonia, she found her husband’s mistress sleeping in her bed.

But in that run-down, rarefied atmosphere, shared with three of Leslie’s siblings and their eccentric father, Sir Shane Leslie, Agnes took up new ventures.