In 1943 she began broadcasting to Germany as “Vicky” a “Black Propaganda” radio announcer for Allied Radio Atlantik, famous for demoralizing a German U-Boat Captain into surrendering following one of her broadcasts. This was the subject of the recent BBC Channel 4 documentary “Sex Bomb”. (See more information about the broadcasts in the War Years section).

Other radio performances include:

‘The Scarlet Pimpernel’ & ‘The Third Man’, opposite Orson Welles.

British Radio 4 & RTE Radio 1 have both done series’ based on her life. See the Audio page to hear one. 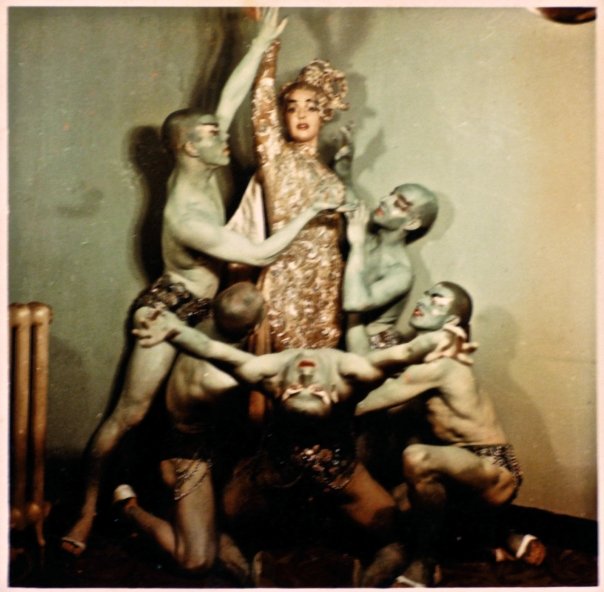 Oscar Wilde’s Salome
Performed in 1956 she became the first ‘non-stationary nude’ in British theatre, after removing her leotard during the ‘Dance of the Seven Veils’, breaking the Lord Chamberlain’s censorship rule that nudes must remain stationary. 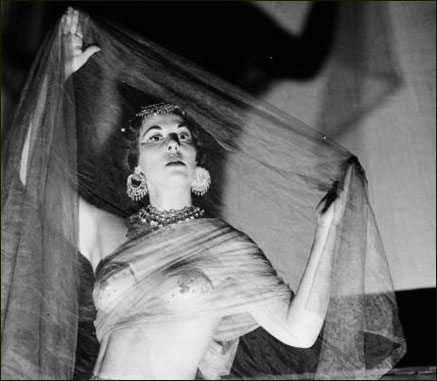 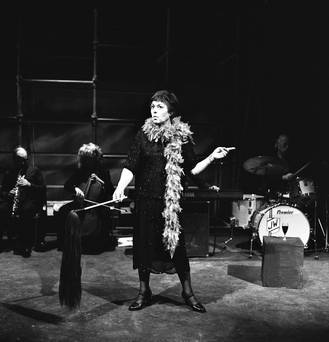 Downfall of the Egotist Johann Fatzer, 1978 (read more on Wikipedia)

‘The Jocelyn Circle’, ‘Pride and Prejudice’, ‘Hamlet’, ‘Ruffian on the Stair’, ‘The Mother’, ‘The Blue Macushla’ and ‘Conversations About An Absent Lover’ – her second One Woman Show (written by Pater Hack about Goethe’s mistress).